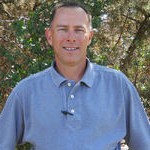 Dr Henry graduated from Pleasanton High School in 1981. He earned his Doctor of Veterinary Medicine Degree from Texas A&M in 1988. Dr Henry was part of a mixed animal practice in Canton,TX for one year and then in Jourdanton until 1998. Following a brief time in a small animal practice in Ponder, TX he purchased Cypress Creek Animal Hospital in October 1999. Dr Henry is married to Talie and has three children named Mallory, Kade, and Faith. He enjoys golf, fly fishing and gardening. 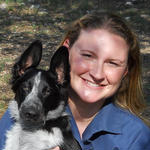 Dr Young grew up in Longview, TX and attended Texas A&M in College Station. She achieved her Bachelor’s Degree in Biomedical Sciences in 2000 and her Doctor of Veterinary Medicine in 2004. Dr Young and her husband Bryon have two boys named Bryson and Levi. They also have two dogs named Smokey Blue and Bandit. Dr Young likes the outdoors including watching her boys play sports, spending time with family, camping, and fishing. Her motto…”May the road go on forever and the party never end” -Robert Earl Keen 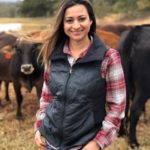 Dr. Canalichio joined Cypress Creek Animal Hospital in July 2018. She grew up in the small town of Flatonia, TX. Dr. Canalichio was raised around animals and agriculture. As a young child, her heart’s desire was to help animals. In 2007, Dr. Canalichio earned a bachelor’s degree in Animal Science with a minor in business from Texas A&M University.  After graduation, she worked in the insurance business where she met her husband, Kevin. Still having a passion for animals, she decided to follow her dream of veterinary medicine, and began working in the field as receptionist and veterinary technician while applying for Vet School. She graduated from Texas A&M School of Veterinary Medicine in 2017 and went on to practice mixed animal medicine.  Her favorite species to work on besides small animals, are cattle and small ruminants. Her veterinary interests include soft tissue surgery, internal medicine and ultrasound. Dr. Canalichio is a member of the American Association of Bovine Practitioners, American Veterinary Medical Association and the Texas Veterinary Medical Association. In her spare time, she enjoys arts and crafts, family time and the outdoors. Dr. Canalichio and her husband own three dogs; Colby Jack, Sophia, Phoebe and a cat named Bootie. “I am excited to be here and looking forward to building lifelong relationships with the people and pets of Wimberley.” 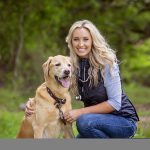 Dr. Rychener joined Cypress Creek Animal Hospital in June 2021. Dr. Rychener grew up outside of Tucson, Arizona, however, has been living in Texas since 2013. She attended Texas State University for two years, before transferring to Texas A&M University to complete her undergraduate studies, and attend Veterinary school. Dr. Rychener graduated from Veterinary school Cum Laude in May 2021. She fell in love with the hill country during her time in San Marcos, and couldn’t wait to move back after graduation. Her Veterinary interests include Dermatology and Internal Medicine. Dr. Rychener owns a dog named Tucker, a cat named Mitchell and a horse name Misty. She loves spending time with family and friends, preferably outdoors near a river or lake. She loves all species, and can’t wait to meet you and your pets! 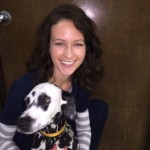 Heather has been with Cypress Creek Animal Hospital since the summer of 2014. She began as a Veterinary Technician, and has recently moved to Reception. She enjoys spending time with her husband and pets, reading, and the outdoors. She has 3 pets; WAG Dog Twiggy, Little Dog and one cat, Fenny. 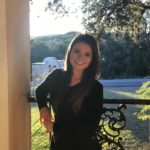 Amber was born in Houston, Texas and currently resides in Wimberley. She graduated from Wimberley High School and has a pet turtle named “Squirt”. Amber enjoys shopping, spending time with her 2 boys, her boyfriend, family and watching movies. Her motto is “Everyday is not promised, live life to the fullest, never regret. 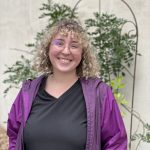 Christina joined Cypress Creek Animal Hospital in the summer of 2021. She is originally from Fort Worth, and now resides in San Marcos, TX. Christina has an Associates Degree from Tarrant County College, and 2 cats named Burt and Freckle. She enjoys the following in her spare time….going hiking, camping, watching movies and game/craft nights with friends. 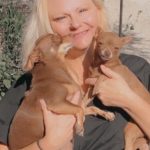 Della was born in Austin, TX and graduated high school at Austin High. She currently resides in Canyon Lake, TX. Della enjoys fishing, drawing and spending time with family in her sparetime. She has two pets named Junebug and Brownie. 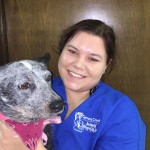 Lawren moved to Wimberley from Houston 7 years ago, and has been with Cypress Creek Animal Hospital since summer of 2014. She was born in Austin, TX.  Lawren has a degree in Veterinary Technology from Sanford Brown College. Lawren has 2 German Shepards, Madchen and Rollo, a cat named Big Momma and a python Nagini. She also has a history of working with horses and cattle. Lawren likes paddleboarding, gardening, reading and writing in her spare time. 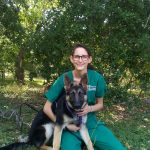 Liz is a Certified Veterinary Technician, she has been with Cypress Creek Animal Hospital since the summer of 2015. Liz resides in Canyon Lake. She has 3 pets; Sweet Pea, Ginnie and Nox, whom she adopted. Liz enjoys reading, hanging out with her friends and training her dog Nox. 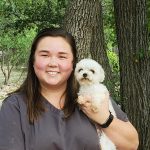 Jade was born in Burnsville, MN and currently resides in Austin, TX. She graduated in 2016 from Dripping Springs High School and has began he career in Animal Science at University College Dublin in Ireland. Jade enjoys kayaking with her 2 dogs Finnegan and Gus. Her motto is “if you love what you do, you’ll never work a day in your life”. 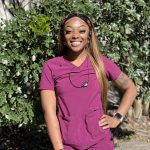 Cristyl is originally from Decatur, Illinois. She moved to Texas from Indianapolis, Indiana 9 years ago. Cristyl graduated from South Grand Prairie Highschool, attended Tarleton State for 3 years studying Wildlife Biology, and currently attends Texas State. She hopes to become a Wildlife Veterinarian. Cristyl has a pit bull named Lola, and kitten named Mazi. She enjoys going on fun dates with her boyfriend and spending time with friends. 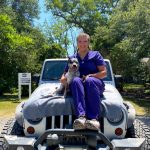 Kayleigh was born and raised in Brownwood, Texas. She currently resides in San Marcos, TX where she attends Texas State University. Kayleigh’s goal is to graduate with a Bachelor’s Degree in Animal Science. She has an australian cattle dog. Kayleigh likes to spend time with family and friends, watch scary movies and play basketball. Her motto is “with every step, I get closer to my goal!”